Alchemy: The birth of modern-day chemistry 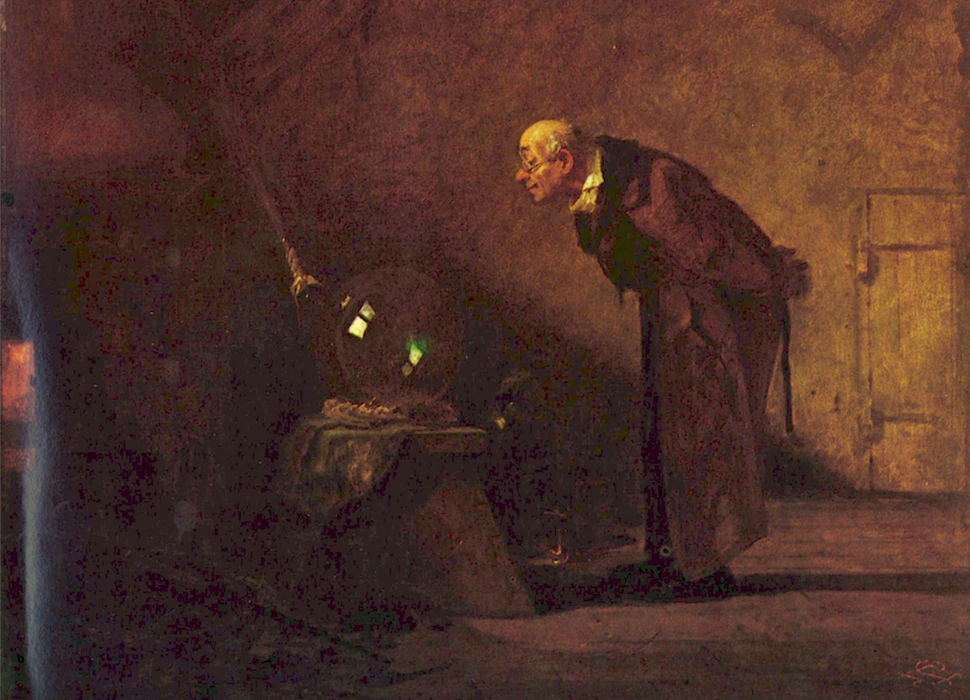 The origin of alchemy lies in ancient Egypt, where the cultures of the ancient Greeks and Arabs melded together and the first alchemists began by making glass, medicines and metals. They wanted to understand the secrets of the world around them and were searching for the ‘prima materia’, the matter from which all other matter was created. Sulphur, mercury and salt were considered to be the three ‘heavenly substances’.

In the 14th century, Spanish alchemist Geber helped to spread alchemy across Renaissance Europe. He believed that all metals were made from mercury and sulphur and that copper, lead, iron, silver and tin could all be transformed into gold with the help of the philosopher’s stone – a concept known as chrysopoeia.

This, along with the elixir of life, was the major focus of alchemy, but behind the myth and magic was some real science. Geber learned to make stronger acids by distilling vinegar to drive off the excess water; Swiss-German alchemist Paracelsus (born Theophrastus von Hohenheim) invented an opium painkiller called laudanum; and in 1669, German alchemist Hennig Brand (depicted below) boiled urine and discovered a white material that glowed green in the dark: phosphorous.

Alchemists in China and India had also been experimenting, inventing black powder, forging steel and discovering that flames changed colour depending on which metal was  burnt. But in 1661 alchemy started to change.

Irish alchemist Robert Boyle published a book titled The Sceptical Chymist that called for a more scientific approach to their work, and after decades of study chemistry finally started to appear in its modern form. In the 19th century, French chemist Antoine Lavoisier laid down the theory of the conservation of mass, explaining that matter cannot be created or destroyed and debunking alchemical myths once and for all.

Sir Isaac Newton is best known as the genius physicist and mathematician behind the law of universal gravitation, the laws of motion, calculus and the reflecting telescope, but this great scientist was also an alchemist. In fact he wrote more about alchemy than he did about any other subject. But in the 1700s alchemy was taboo and his work on the subject was buried after he died. In 2016, a closer look at his writings revealed hints that he was working on the fabled philosopher’s stone. Alchemists thought that this object would turn cheap metals into gold and might also hold the secret to eternal life. Within Newton’s manuscripts is a recipe for one of the key ingredients, philosophic mercury, and historians think that it’s likely he tried to make it as part of his experiments.