Delve inside a torture chamber 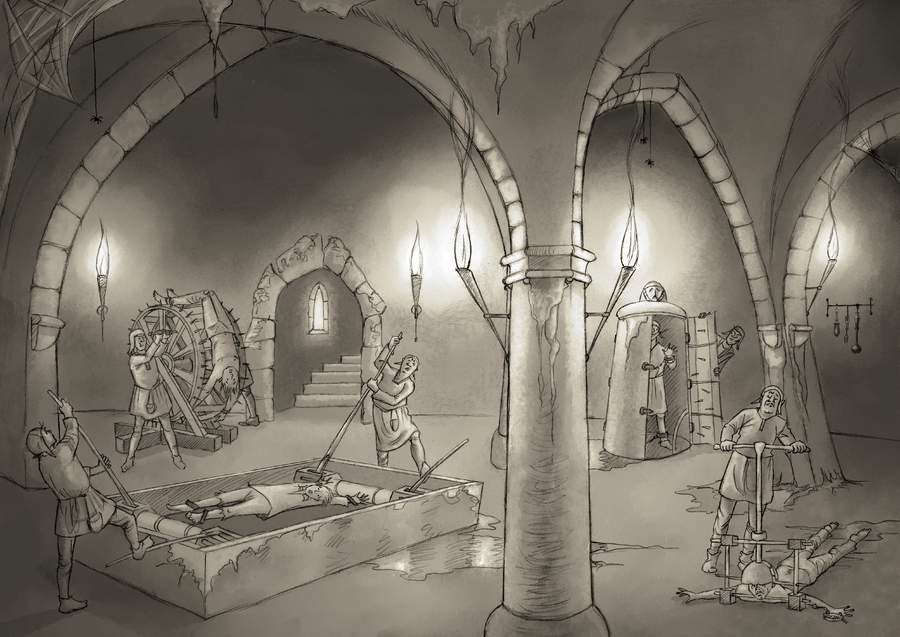 Torture has been used as a method of punishment and interrogation for centuries, with the ancient Greeks and Romans regularly torturing criminals as part of their justice system. However, by the Middle Ages torture had become particularly prevalent, especially in response to crimes of treason. If you had been disloyal to the sovereign and your country, a whole plethora of horrifying torture devices awaited you.

Torture was usually conducted in secret, with most medieval castles featuring an underground dungeon in which these diabolical deeds took place. A great deal of ingenuity and artistic skill went into developing instruments that would inflict the maximum amount of pain. Often simply threatening to use one on a person was enough to get them to confess, while others would quickly give in after seeing it used on a fellow prisoner. Some torture devices were designed to only inflict pain, but others would result in a slow, drawn-out death that prolonged the suffering until the victim drew their last breath.

However, even if a prisoner was lucky enough to survive the torture, they were usually left severely disfigured and often had to be to be carried to their resulting trial, as they could no longer walk on their own. From the mid-17th century onwards, torture became much less common as there was much speculation about its effectiveness. Many prisoners would say anything to end their suffering, so it often produced inaccurate information or false confessions. It wasn’t until 1948 that the United Nations General Assembly adopted the Universal Declaration of Human Rights, banning the use of torture.

Inside a torture chamber With the victim’s limbs tied to the spokes of this large wooden wheel, it would be slowly revolved. As it spun, the executioner would bludgeon the victim’s arms and legs with an iron hammer, shattering their bones one by one. If the victim survived this, they were placed on top of a large pole, so birds could peck at their body until they eventually died of dehydration, which could take several days.

With their hands and feet tied to rollers at each end of the wooden frame, the torture victim would be subjected to intense interrogation. If they failed to confess to their crimes or give up the information the torturer was looking for, a crank would be turned to rotate the rollers. This would pull on the ropes, gradually stretching the victim’s body and causing intense pain, eventually dislocating their limbs.

A series of menacing spikes protruded from the interior of this iron chamber. With the victim inside, the door was closed slowly, causing the strategically placed spikes to pierce their body. However, the spikes were not long enough to be instantly fatal. Instead, the victim would be left to slowly bleed to death.

With the victim’s chin placed over the bottom bar and their head beneath the metal cap, the executioner would slowly turn the screw to bring the two together, only stopping if the victim gave the right answers. As the victim’s head was crushed, their teeth would shatter into their jaw and their eyes would pop out from their sockets.

Used as punishment or a method of extracting information, the victim’s fingers, thumbs or toes were placed between two horizontal metal bars. When the screw was turned, the two bars were pressed together, crushing the digits inside. Some thumbscrews even featured metal spikes on the bars to increase the pain.

Also known as the ‘pear of anguish’, this device was inserted into one of the victim’s orifices, such as their mouth. When the key or crank was turned, the ‘petals’ of the pear-shaped end would slowly open up, painfully mutilating the victim’s insides, but not causing death.

Usually reserved for blasphemers, this metal rod with two prongs at either end was attached to a leather strap around the victim’s neck. One end would pierce their chin, while the other dug into their sternum, causing immense pain if they attempted to move their jaw or neck, making it more or less impossible to talk.

Deceptively designed to look like a holy water sprinkler, this device  was actually filled with molten lead, acid or boiling hot oil or water. The long handle was shaken to shower the victim’s body with the substance inside. This caused horrific burns and was potentially lethal.

This article was originally published in How It Works issue 81, written by Joanna Stass