Do wasps live inside figs? 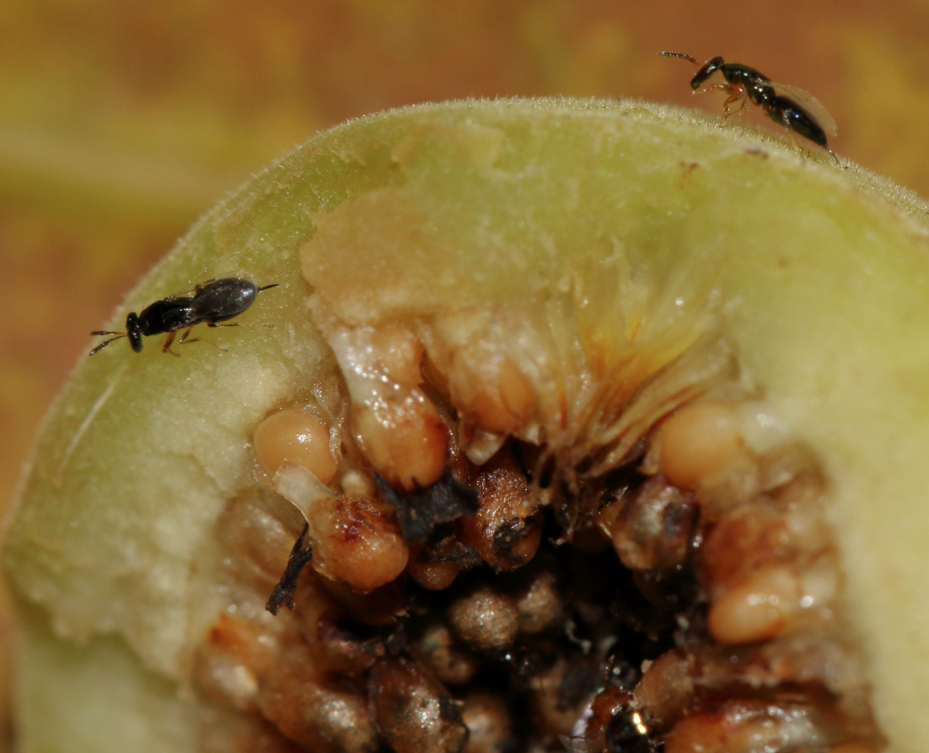 Unlikely relationships are often formed in the wild, and those that survive have usually evolved to find mutual benefits for the two species. One case of this is the fig wasp, which has found an unusual home inside the fig fruit.

When female wasps are released into the world, they have their senses set on one thing. Instinctively searching for a fig tree, they begin digging their way into the soft, sweet flower when they find one. Here, the female wasps are protected and out of sight, and are able to lay their eggs. The wasp will not see the outside world ever again. Instead they dedicate the end of their lives to their unborn young, building tunnels to give them an escape route. For the mother, entering the fig has broken her wings, and in this home she will die just 24 hours after laying the eggs.

It might not sound like the perfect life, confined to a fig and digging to death, but this method has kept this wasp species alive for over 60 million years. Figs have these insects to thank for their continued existence, as their movement from one fig to another spreads their pollen. This article was originally published in How It Works issue 139