How do VAR and goal-line technologies work?

The origins of football are clouded in mystery, but the game as we know it today was officially codified in 1863. The first World Cup was played in 1930, and red and yellow cards were introduced at the 1970 World Cup. 2018 is a year in which yet another footballing innovation will become part of the beautiful game – Video Assistant Referees (VAR).

Video replays to assist referees with decision making have been used in rugby, cricket and tennis for many years, but football has resisted bringing in the technology until recently, with many concerned it would interrupt the natural flow of the game. Goal-line technology was first used at the 2012 Club World Cup, but technology to help referees make decisions on penalties, red cards and cases of mistaken identity only came into use in the Dutch Cup in 2016.

There are several systems, including Hawk-Eye and GoalRef, that either use cameras or magnetic fields to capture contentious goals that the referee and linesmen may have missed. But now VAR technology will also be used to pick up on other incidents during play, such as whether a red card is justified or not.

The early days of VAR have been beset by problems, mainly as a result of confusion and misuse rather than issues with the technology itself. If VAR is successful at the World Cup it could herald yet another innovative age for football. How referees can tell if the line has been crossed 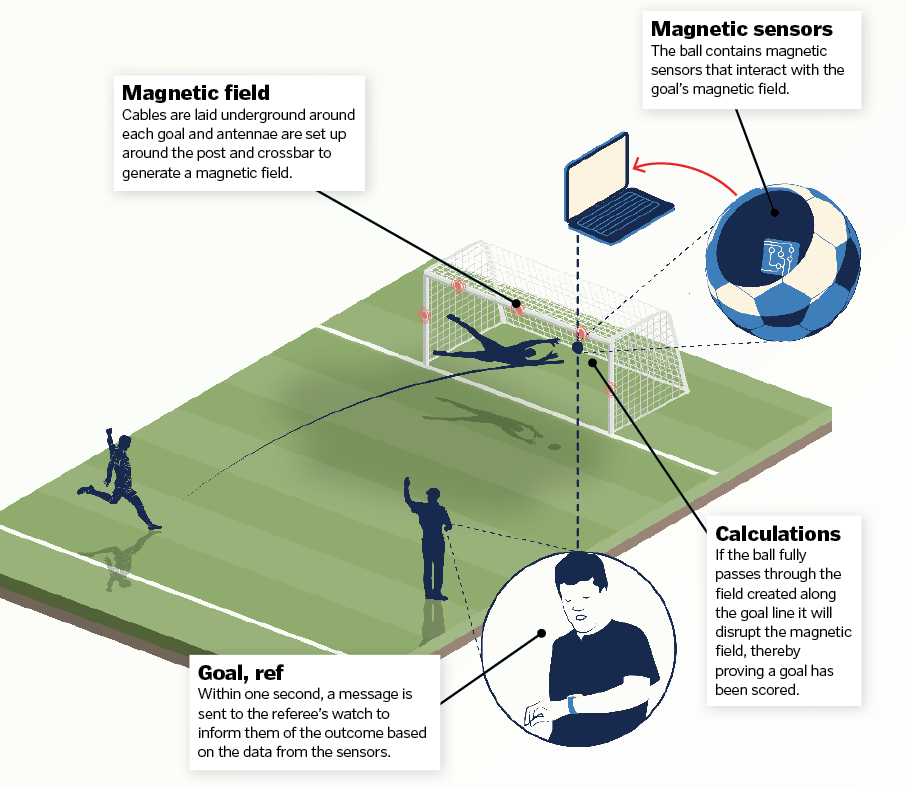 This article originally appeared in How It Works issue 113, available in stores from 14 June until 12 July. You can also find it online from My Favourite Magazines or as a digital edition via our iOS or Android app.